Ben has received a number of messages of support throughout the past 2 years as he's been training for the channel swim. Once you've flicked through some using the arrows to the left and right, you can also add your own message of support if you haven't already! 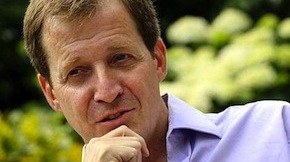 "Good luck to Ben and the team. As chairman of fundraising for Leukaemia and Lymphoma Research, I never cease to be amazed by the commitment and enterprise of supporters new and old. So many of them come into this because of their own experience, as I did after losing my best friend and his daughter to leukaemia. Ben lost his father and in every penny he raises, and every swim stroke he makes as he crosses the channel, he will both be keeping his father's memory alive, but also helping to ensure others avoid this horrible disease. LLR is a well-run charity, focused as its name suggests on research - research which has helped seen childhood leukaemia rates drop from being a virtual death sentence to around nine out of ten young leukaemia sufferers now surviving. There is still a lot to do in relation to older people and young adults, which is why the efforts of people like Ben and his friends are so important."


"We’d like to say a huge thank you to Ben Brophy for all the effort he’s put into preparing for his solo English Channel swim attempt, which will raise money for our research into blood cancers. Ben’s already raised a brilliant amount of money which will help us beat blood cancer, and we’re very grateful to everyone who’s sponsored him or supported him in some way. With your help, we’re going to stop people dying from blood cancer, and improve treatments so that a blood cancer diagnosis doesn’t even have an impact on someone’s quality of life. And if it’s at all possible, we’re going to prevent people from getting blood cancer in the first place. Ben, thanks for being part of our Unstoppable team. Together we’ll beat blood cancer."


Another very admirable sporting goal for 2012: RT @brophyschannel: To train towards swimming the channel for Leukemia & Lymphoma research


"Donated in honour of Colin's 80th birthday. Jive on! Sorry we can't be with you tonight."


"You kept this a secret! best of luck with your amazing challenge & for a great cause!"

The other Ben Brophy


"I started following just to see who was sharing my name. Now I am thrilled to support your effort. I am proud to be the other Ben Brophy."


"What a challenge! Good Luck Ben"


"Donations from Coxwold Open Gardens visitors. Lots of good wishes sent to Ben as he prepares."


"Ben! Best of luck man - you'll do great and I'm mega jealous. It's always something I've wanted to do - just not had the opportunity or means to do so! Give it your all!"


"Hey Ben, We're very proud of you for sure. I would join you in your challenge but I understand that wet suits and armbands aren't permitted. Lots of love and admiration Lorraine xxxx"


"Go Ben! We're willing you on from across the Atlantic."


"Good luck, I think it's amazing what your doing!! Xx"


"Best of luck doing this Ben. Might not have the biggest brain but you have a massive heart and some even bigger balls to do this so fair play to you son."


"All the very best to you. An excellent cause."


"Such an admirable challenge for a very worthy cause. Best wishes and good on you all!"


"Ben, everyone attending the Tea and Scones event wishes you every success this month, and is rooting for you."