Crossing the channel is considered one of the toughest challenges in the world. In 2005, only around 79 people crossed the channel, whilst in 2004, approximately 330 people climbed to the summit of Mount Everest! The swim is around 22 miles across the Strait of Dover (between Dover and Calais), in water temperatures of 15 to 18 degrees Celsius.

Despite this, Ben was only allowed to wear one hat, a costume (no wet-suits!), goggles, earplugs and grease, and was not allowed help or any contact with anyone. On average a crossing takes 13 hours 23 minutes, with the longest being around 28 hours 44 minutes. There are only around 1179 people who have completed a successful and ratified crossing to date, and a 1 in 6 success rate, since Captain Webb completed the first ever crossing back in 1875, taking 21 hours. The channel is also one of the busiest shipping lanes in the world, with over 600 ships per day. This is not the only hazard however. Ben had to watch out for hypothermia from the cold water temperatures, debris and even jelly fish. 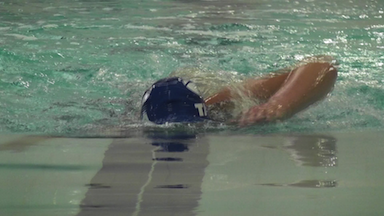 To complete this challenge, Ben completed high intensity training, with a starting aim to be in the pool at least 3 hours a day. To qualify to cross the channel, he also had to prove he has the stamina and can endure the temperatures by completing a 6 hour swim, in 16 degrees Celsius or lower. All this hard work paid off however, when he reached French shores on the 1st September, with a time of 14hrs 52mins.